(Editor’s Note: Low morale, high absenteeism, and high turnover are problems that face many manufacturing facilities all across the United States. Thankfully for this Luttrell Staffing Group client, our on-site manager came on board and applied some unique solutions that dramatically turned things around for the good. This is a real-life Luttrell Staffing Group case study, written by On-Site Manager Steven Trent.)

Rogers Foam Corporation wanted someone with a “presence,” a company representative who would come on site, establish rapport with our associates and help fix the attendance & turnover situation. I was actually the best and the worst person for this position: the worst because I try not to have a demanding or controlling attitude, and the best because my tattoos gave me something of that vibe they were looking for. It may sound ridiculous, but the reality is they helped me fit in and establish a relationship with our folks.

The first thing I decided to do in my new role was create a spreadsheet broken down as follows: Shift, Department, and Position. Then, I separated each one and put together a percentage of each of the following: Late, Leave Early, Absent and Turnover.

This method allowed me to see where the problems were at and at what level. I used the previous 3 months’ attendance and turnover records as a starting point. The next step was to figure out why there were issues in each of those areas. To my surprise, several emerged. I discovered that the client company actually had a something of a bad reputation in this location because they do not require a background check or an education. This seemed to result in the perception that the place was full of “uneducated felons.” Turning that reputation around was a major issue, but after about 3 to 4 months we accomplished this by pointing out that this was one of the very rare places that were willing to give people who had made bad decisions in their lives a chance to start over. In fact, that steady job at Roger’s Foam had played a critical role in several people putting their lives back together. Other things, like consistently pointing out small things such as safety glasses being the only PPE required and the fact that the facility is clean, laid back, and relatively free of drama, began to pile up after a while.

I also discovered that the factory’s attendance policy was a little too lenient. The employees were allowed to miss six times in 60 days before being written up and put on probation. Once I created a good rapport, I was given permission to create an entirely new attendance policy that immediately began to turn the percentage rate around for the good. To keep employees from feeling like I was the enemy (because that is the greatest way to achieve anything), I cleared everyone’s attendance slate. It didn’t matter if they had missed five days in a row, if they were still working there as my employee, they got a fresh start.

I always try to keep a balance between what appears to be bad and what is good with employees, and in this case I made it clear from the beginning that I wasn’t there to ‘beat’ them up or take sides with anyone, but rather to create a synergy between Roger’s Foam and our firm. Morale was low. Employees saw themselves as easily replaceable because they witnessed co-workers get terminated for something as minute as coming back one minute late from break one time. Standing my ground with the client and refusing to do this was critical to getting morale on the right track. Such a relationship requires a professional respect from all involved, but the rewards are worth it.

Finally, another one of my 90 day goals – increasing the low pay rate from $7.50 to $8.00 per hour – was difficult but eventually obtained, and became a crucial part of our eventual success. It also saved Roger’s Foam a lot of money over the long haul.

That first week, in October 2018, the overall attendance rate was a staggering 87 percent and the turnover rate was at 84 percent. Additionally, the company needed 19 people to be hired in. My goal was to take no less than 90 days to turn around everything, including their reputation.

At the end of the 90 days, the results were as follows:

And now, thanks to the above steps, which couldn’t have been done without the cooperation and assistance of Rogers Foam as well as the help and training I got from my manager Stacy Hazlett and my co-worker Kelsey Lane, Rogers Foam has become one of the best factories to work at in southwest Virginia.

PrevPreviousLuttrell Staffing Group Wins Clearlyrated’s 2019 Best Of Staffing Award
NextHow Would You Like To Get Fired … By A Robot?Next 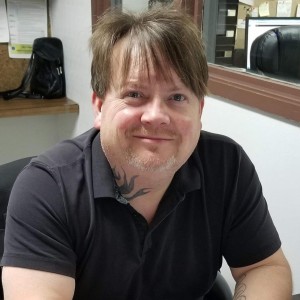 The United States economy added nonfarm 315,000 jobs in August, according to the latest numbers from the Bureau of Labor Statistics. Unemployment also increased to

KINGSPORT, Tenn., Feb. 4, 2022 – Luttrell Staffing Group announced today that they have won the Best of Staffing Client, Employee, and Talent Awards for